If you’re wondering whether the Timberland Helcor Boots actually live up to their durability guarantee, I’m going to go ahead and tell you; yes – they do. I got the chance to try these boots out myself to put them through a few months of use for this review. And aside from using them for my day to day, I also went through a substantial number of reviews to piece together just how the Helcor Boots meet consumer standards.

After everything I’ve learned, I can confidently say that these boots are without question some of the best Timberlands you’ll find on the market today. They’re tough, resilient, and designed for years use without looking like they’ve ever been taken out of the box. This makes them perfect if you want the benefits of a hardy boot combined with a low maintenance design. 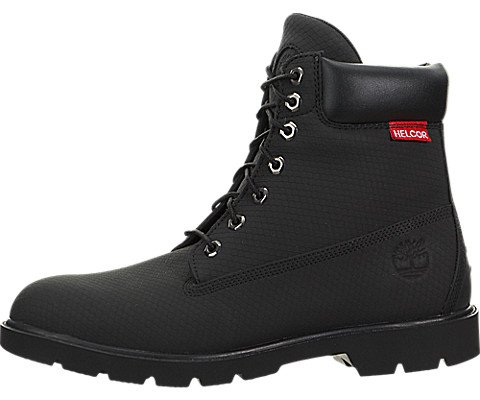 Waterproof, fire-resistant, and scuff-proof, the Timberland Helcor Boots can easily walk you through even the most dangerous and demanding of environments without suffering so much as a scratch. But there’s a lot more to this boot than just that. Learn more about the Timberland Helcor Boots and find out why they make a great investment by reading through this definitive and complete review.

Killer Looks For More Than Just Functional Use

The Timberland Helcor Boots are popular among buyers who want a hard-wearing pair of footwear that can take them through snow, dirt, and mud. In my opinion, they make an ideal purchase if you live in areas that get hit by harsh snow and blizzards. This is mainly because the design was developed to be impervious to a lot of the elements you would encounter during a snowstorm. 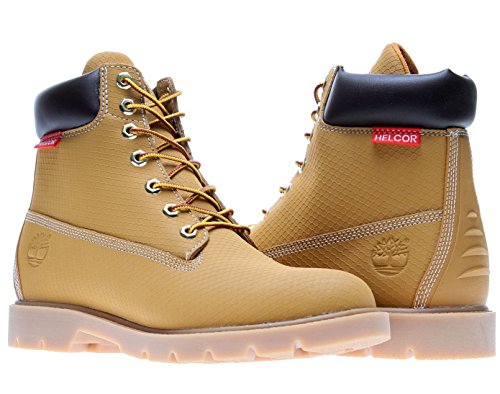 You might be thinking, there are more affordable boots out there like the Columbia Newton Ridge Plus II Waterproof Hiking Boot that could provide just about the same resilient construction. But the Helcors have something up its sleeve that leaves most other choices in the dust – aesthetics.

At a glance, it’s not hard to see why the Helcor Boots have become so popular. Aside from being a top performer functionality-wise, they’re also very pleasing to the eyes. The thick full-grain leather uppers boast a beautiful matte finish and look almost like snakeskin up close. Despite being so tough, the boot has a generally sleek and slender silhouette. And finally, the design itself looks sophisticated and clean, making the Helcor great not just for demanding environments, but also for daily casual use.

Unbelievable Durability to Last a Lifetime

Or at least that’s what most users of the Helcor feel. If there’s one thing you can say about these boots, it’s that they’re unbelievably hard-wearing. The material – although made from leather – looks and feels like it comes from a different source altogether. It’s immensely reinforced and feels very solid in the hand. When worn, it’s almost like you’ve got an impervious barrier around your feet.

According to the manufacturer, the Helcor Boots are waterproof, scuff proof, and fire-resistant. Obviously, I had to put them to the test and tried all three claims to see if the boots would actually hold up against these three common boot dangers. Sure enough, the boots are waterproof, able to withstand even immersion. This makes them perfect for hikers, campers, and users who always find themselves sloshing around in snow and water.

Needless to say, the material also passed the scuffing and burning test. Taking a key to the leather, I tried gouging and scratching at the material, but none of my attempts left any marks. Placing the leather in direct contact with a small flame from a lighter also proved to be fruitless as the boot didn’t even develop any soot as a result of the test. 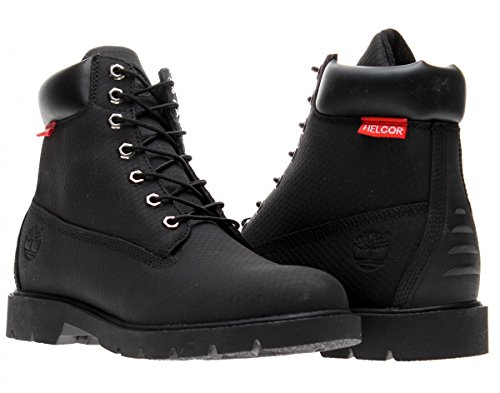 So, as you would expect, a boot that can handle water, scuffing, and even fire should be able to take on the onslaught of daily wear and tear. And true enough, the Helcor’s don’t disappoint. I was able to use my boots for a little over two months and they still look like they’ve just come fresh out of the factory. Lots of other users who have had the boots for more than 6 months have also expressed the same sentiments.

When boots don’t have enough padding or cushions around the collar, they can become very uncomfortable over time. Fortunately, the good folks at Timberland took that into account and equipped the boot with a plush padded collar.

About two inches towards the top of the shaft, the snakeskin patterned leather turns into a smooth synthetic material. Inside this smooth synthetic trimming is a thick, soft cotton padding that keeps your leg stable and in place for optimal comfort. Inside the boots, waterproof lining wicks away moisture to give you a dry, cool feel for extended use. 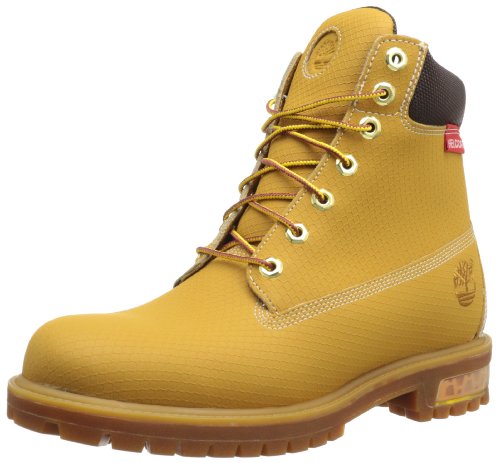 The boots also offer just enough room on the inside to accommodate a custom insole insert. That’s not to say that the insoles on the Helcor aren’t comfortable enough on their own. It’s just that because comfort can mean different things to different people, the design makes it possible for users to achieve a custom feel that suits their own preferences.

Designed for use throughout the great outdoors, the Helcor Boots are also very warm. This makes them the perfect companion for campers and hikers who need that extra bit of insulation around the feet.

Ultra Heavy Duty Outsole for a Variety of Environments

Whether you’re trekking through a muddy path or navigating through thick snow, the outsole on the Timberland Helcor Boots is guaranteed to get you through the worst of it. The rubber lug outsole features deep indentations and patterns characteristic of the Timberland brand. This makes it easier to establish solid footing so you can avoid accidents and injuries while you’re out and about. 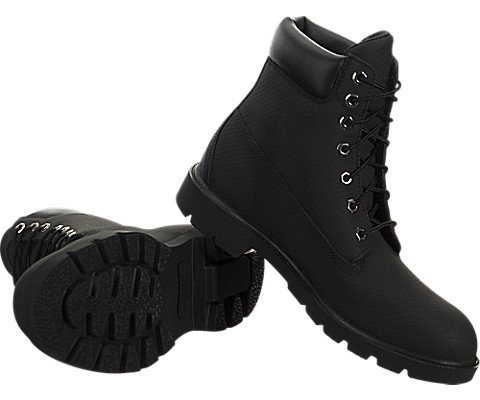 Aside from the fact that they’re very durable, the soles are also quite forgiving of movement. They accommodate the flexion of feet, eliminating the awkward restrictive feeling that less pliable soles provide. So you can be sure to get complete control over your gait sans the difficulty of having to cope with a stubborn boot build.

I do want to mention though that while the tread on the boots is very effective at giving you some suitable traction, they’re also prone to mud, dirt, and debris build-up. This is due to the deep indentations. Nonetheless, they’re pretty easy to clean so that shouldn’t be too big of a problem.

Variations of the Helcor Boots

Combining function and form, the Helcor Boots come in a variety of designs that transcend more than just the men’s section. Of course, the most popular ones have to be the wheat colorway and the black colorway, which are both very handsome looking boots.

Aside from those though, there is also the black and gray colorway that uses light gray colored trimmings and midsoles to add a touch of style to the sleek black colorway aesthetic.

Although the Timberland Helcor Boots don’t really come in a women’s variation, they are available for babies, toddlers, and kids. These smaller versions of the boots look almost exactly like their adult counterparts. They also use pretty much the same material and construction, so you can be sure your little tykes won’t wear them out.

I personally was able to get a feel of the smaller variations for the Helcor and I will say they feel just as solid. The only problem I can see is that they might be a little too stiff to accommodate the finer movements of small feet.

Pros of the Timberland Helcor Boots

Cons of the Timberland Helcor Boots

I can definitely recommend the Timberland Helcor Boots to anyone who wants a pair of footwear they can take to the limit. These boots are more durable than any other pair I’ve tried in the past. But despite their hard-wearing design, they’re still very comfortable, which is a balance that’s not easy to achieve.

So if you’re thinking of buying your own pair of Timberland Helcors, I can promise you that you won’t be disappointed. These boots were definitely made for more than just walking, and will surely find a place in your usual footwear rotation for many years to come.