Can’t choose between Red Wing or Wolverine? I took the time to study these two boot brands to see which one was really the better bet. After having read hundreds of articles and reviews, taking a dive into both companies’ history and manufacturing process and standards, and trying a few of their designs myself, I’ve found the answer to that lingering question.

There really isn’t a better boot between the two at a brand level. You will need to compare specific boots within the product lines to make a final call. So if you’re wondering whether you should buy a pair of Red Wings or Wolverines, take a look at some of the leading boots I’ve highlighted below.

Boots That Were Made for Working

Demanding work conditions call for resilient work boots. And both Red Wing and Wolverine aim to give buyers viable footwear choices for a variety of hazardous and dangerous work environments.

Both brands have an extensive line up of work boot offers that combine a number of different features in order to give you a reliable companion for busy days on the job. While both of these companies have some pretty practical boots, they ultimately offer completely different selections.

Work Boots from the Wolverine Brand

The Wolverine Buccaneer Work Boot is one of the brand’s best-selling work boots to date. Featuring a sturdy, heavy-duty construction, these boots are highly versatile. From rain, to mud, to rocky dirt roads, and even snow, these boots make a very reliable walking companion to help you get where you need to go with utmost safety and protection. 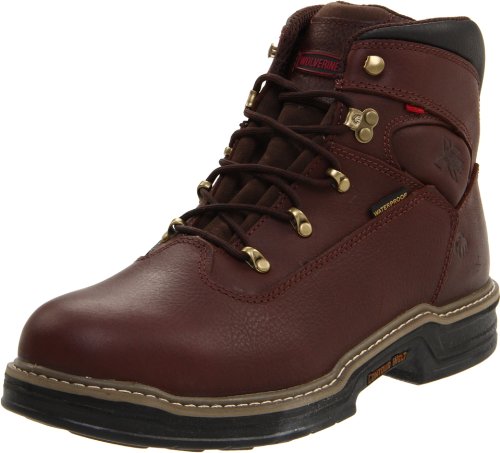 Despite being pretty heavy, the boots are very pliable and comfortable to use. Thanks to the Contour Welt construction, the soles are durable yet forgiving, so you can step and move naturally without the feeling of having stiff planks under your feet.

While these boots don’t come with a steel or composite toe, they are pretty stiff especially around the toe box. So even with falling debris hazards, it’s easy to walk around in confidence that your feet won’t suffer.

If you were looking for something more fitting for demanding environments, there are choices. For instance, the Legend 6 Inch Waterproof Composite Toe Work Shoe is safety standard compliant for people in search of something more suitable for blue collar work.

Red Wing is mostly known for their designs that are reminiscent of their earlier releases from way back in the 1950’s. Over the years though, Red Wing has adapted to the needs of its consumers. So they do have quite a number of work boots that will serve their function rather than simply for fashion.

The Red Wing WORX Men’s 10″ Pull-on Internal Metgurad Bootis a prime example of their best work boots in their line-up. The design is tough, sturdy, and heavy. Its dense leather upper provides ample cushioning and padding across the collar and interior. For traction and impact absorption, the boot uses a Dual Density Mini Lug II that has significant thickness and resistance against tread damage. 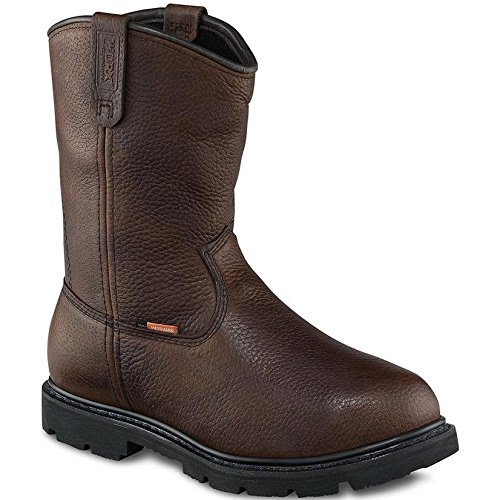 All in all, the WORX Internal Metguard Boot is a reliable choice, and even competes closely with the Wolverine Buccaneer Work Boot in terms of overall performance and craftsmanship.

A Plethora of Non-Safety Boots

A large market for brands like Red Wing and Wolverine are buyers who don’t necessarily want or need a full-on safety boot. These are the people who just want a reliable pair of boots that they can use during household chores, DIY projects, and other activities that aren’t quite as demanding as blue collar work.

Needless to say, both Wolverine and Red Wing compete in this market, offering a variety of choices that can be ideal for more casual users.

One boot silhouette that all work boot manufacturers seem to offer is the moc toe boot, and Wolverine is no different. The Wolverine 6” Moc Toe Boot is one of its most popular non-safety work boots. The design gives extra protection for certain activities that might be a little more demanding than everyday tasks. 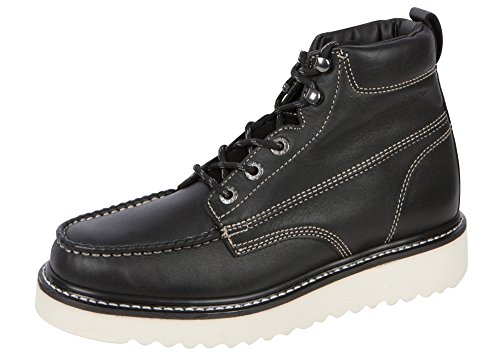 The boot features an ultra dense crepe sole that makes it perfect for walking around muddy or moist surfaces. The leather uppers are put together with expert craftsmanship, featuring triple stitches in areas that experience the most wear and tear.

With a plush padded collar and a soft cushion insole, the boot is definitely one of the more comfortable choices. Plus the fact that the leather itself is durable yet permissive of movement, you can be sure that the boot will fit perfectly even straight out of the box.

Of course, if Wolverine has a moc toe boot, then Red Wing has one too. TheRed Wing 6” Moc Toe Boot is one of its main offerings, featuring a slimmer design than most other moc toe boots on the market. The boot uses a softer leather material for the uppers which breaks in nicely after some time of use. 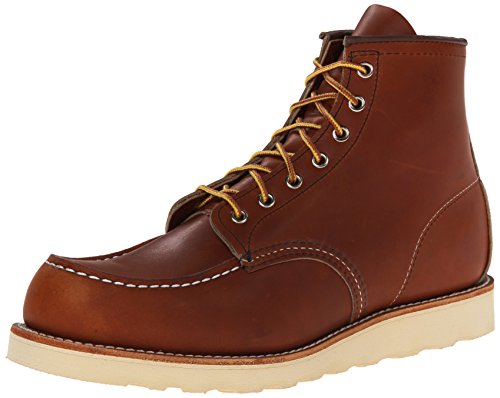 Although the soles offer just the right traction at the start, they do wear out rather quickly. So if you were planning to wear these boots on the daily, you might find yourself having to deal with worn out treads sooner rather than later.

Nonetheless, the boots are pretty comfortable and long lasting. Plus, they age really well, looking more and more like classic American boots over time.

Aside from boots, both Wolverine and Red Wing have a few other designs to offer. These include work shoes and even casual shoes that can be suitable for everyday use. They still boast some pretty impressive construction in combination with their aesthetics. So you can depend that they’re more durable than your average everyday shoes.

The Henrik Plain Toe Oxford comes from Wolverine’s 1883 line-up, and boasts aesthetics that exude a classic, sophisticated feel. Premium full-grain leather combines with a rubber outsole for impressive traction even for a dress shoe. 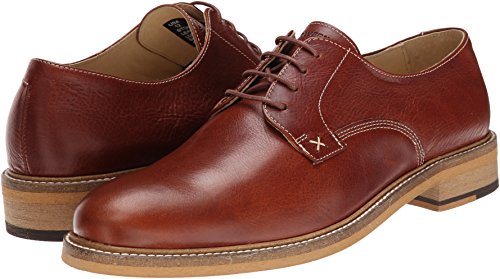 I just have to say that the craftsmanship on the design is spotless. Fine attention to detail and pristine stitching make the shoes look like it was handcrafted in the 1800s. Available in a suede taupe colorway, the shoe is definitely a good looking choice that makes a superb footwear companion for office workers and dapper dressers.

For those who want a shoe that’s a little more on the robust end of the spectrum, Wolverine offers designs like the Raider Oxford. Designed as a work shoe, the Raider Oxford boasts a robust construction and durable materials that make it a top performer for lots of different semi-demanding tasks. Even then, it also looks pretty good, so it definitely works well as an everyday shoe. 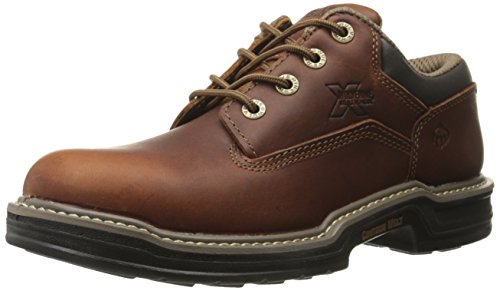 The Red Wing line of shoes is really more suitable for casual use. This sets it apart from the Wolverine line up which focuses more on toughness. The shoes are significantly better looking than most of Wolverine’s shoe designs. So they’re much better off being used as stylish additions to fashion forward outfits.

The Red Wing Classic Oxford is a prime example of how Red Wing ditches the work boot blueprint in favor of something more stylish. The boot comes in a number of colorways that use either suede or leather uppers. The sole, while it is thick, doesn’t actually offer much resistance against wear and tear. Nonetheless, the Traction Tread design does give it some bite on a variety of walking surfaces.

Some other shoe designs from Red Wing include the Postman Oxford – a classic leather shoe that’s perfect for office work and classier attires.

For the ladies, both brands have quite a few picks. It pays to know though that based on what I’ve seen and found out, Wolverine might have a much more functional and fashionable selection compared to Red Wing.

For instance, Wolverine has shoes like the 1000 Mile Stacked-Heel Shoe which is a highly sophisticated and classy footwear design for women. They also have the1000 Mile Arc Boot, which comes in a variety of colors to give women more options. 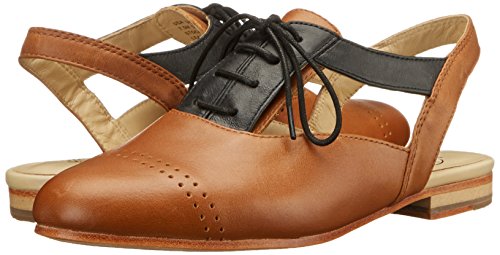 Wolverine also offers some functional choices for women. A good example would be theHarrison WMS Boot or the Piper Composite Toe Work Boot. Both of these choices are well-equipped for hazardous work and demanding activities. 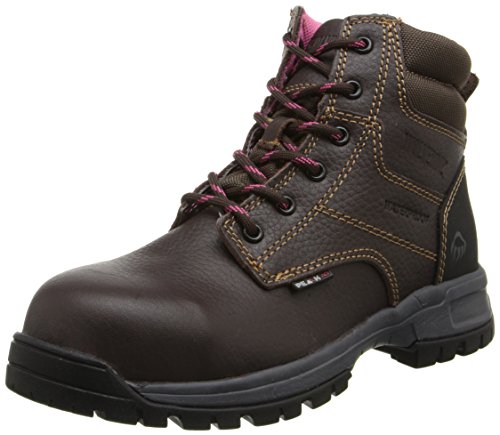 With Red Wing however, designs for women tend to take cues from their men’s counterparts. The Women’s Moc Toe Bootis a common favorite from the brand, which essentially uses the same silhouette as the men’s, only with a sleeker width and a lower shaft.

The Harriet Boot is more for fashion than for function thanks to the addition of a high heel. It really is a sexy looking boot, but I think it just lacks the personality and uniqueness that the Wolverine choices bring to the table.

All things considered, both Red Wing and Wolverine are deserving of your purchase. When it comes right down to it, the decision just depends on which one speaks to you more. So whether you settle for Red Wing’s timeless classics, or Wolverine’s robust boot offerings, you can be sure you’re getting a good quality investment. 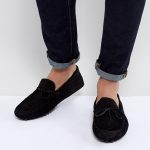 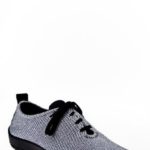 Arcopedico Shoe Review – The Most Comfortable Shoe on the Market? 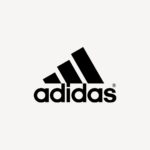 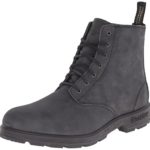 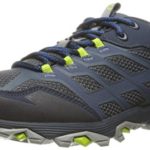