Adidas stakes its reputation on making the most comfortable and stylish footwear on the market. With both innovative and classic designs, the company is always reinventing the wheel in terms of combining fashion and comfort.

The Adidas Nite Jogger is a throwback to the 1980s design, perfect for the retro look that you love.  This model isn’t just a fashion statement: it has sophisticated comfort features that make it a modern shoe. 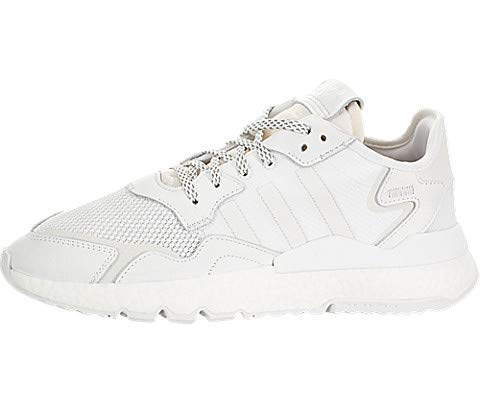 The History of the Nite Jogger

The Nite Jogger was first released over thirty years ago, and night owls loved the reflective upper. In 2018, Adidas released its modern take on the Nite Jogger under the radar. The company supplied social media influencers with pairs of the sneakers, urging them to upload pictures of themselves wearing the shoe at night. Photographs of the Nite Jogger flooded Instagram, boosting the release’s popularity. Soon, Adidas released more color schemes.

The Upside of the New Nite Jogger

The Nite Jogger is inspired by the 1980s look with some very modern upgrades. The Boost midsole gives you bounceback and energy return, while the Ortholite insole keeps you comfortable. Many customers buy the Nite Jogger in every color, which speaks to its comfort and popularity.

The great thing about fashions that go out of style is that they eventually come back around again. What was once considered “old-fashioned” now goes by another name: vintage. At first glance, the Nite Jogger looks like its predecessor.

Featuring the reflective upper of the 1980s model, the Nite Jogger has a durable upper that isn’t too thick and heavy on the foot. The nylon and mesh material doesn’t rip easily, so it lasts longer than most other shoes with mesh uppers. Shiny threads woven into the upper give it an iridescent look in any light. 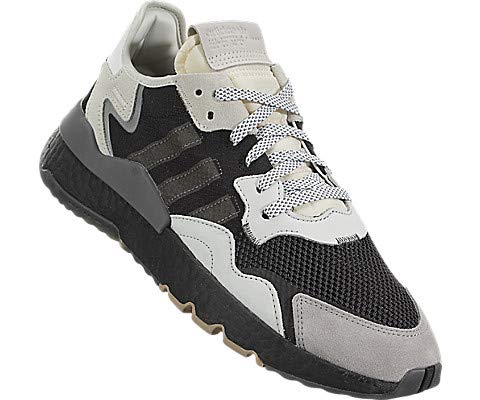 Available in many color schemes, the Nite Jogger’s thin, lightweight upper has suede overlays in high-impact areas to make the upper last even longer. More reflective accents make the Nite Jogger a shoe you can see in any environment. However, they shine the best at night – hence, their name.

Between the cool, reflective upper and the durable rubber outsole lies the Nite Jogger’s main selling point: the Boost midsole. This new technology outdoes its competitors in energy return. The midsole braces your impact against the pavement and pushes you into your next stride.

The small cells inside the midsole absorb shock when your feet hit the ground – whether you are walking, running, or sprinting. They release that energy when you push your foot off the pavement to give you that more “pep in your step” feeling when you are on your feet. This makes the Nite Jogger an excellent cross-training shoe. It also works as any fitness shoe or for casual wear. 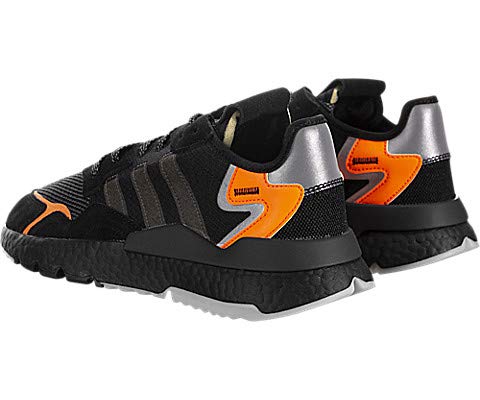 An Adidas shoe would be Adidas if it weren’t comfortable. The Nite Jogger has an Ortholite insole well-known for its cushioning under the ball of your foot and your heel. The foam barely compresses from your weight, so it holds up to long wear.

Ortholite insoles are great if you have sweaty feet. The foam has open cells that pull moisture and sweat away from your feet to keep them dry. These insoles also help your feet breathe better on hotter days.

When you have Ortholite insoles, they are extremely easy to care for, and they often outlast their shoes. They are removable for washing, and they don’t lose their shape. Ortholite uses recycled rubber in their products, so they are perfect for the environmentally conscious consumer. 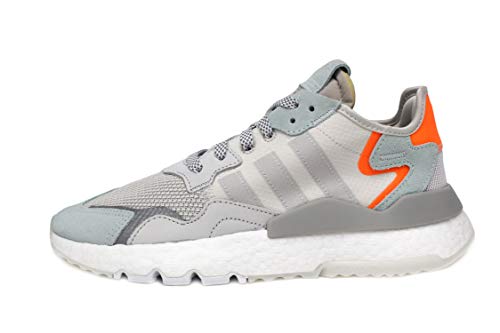 If you want another comfortable Adidas shoe, check out the Cloudfoam.

The Downside of the New Nite Jogger

Not every shoe is perfect, and the same goes for the Adidas Nite Jogger. Although they are incredibly comfortable and durable, sizing is an issue. They are wide in the forefoot and tight around the toes. Nite Joggers also seem to fit men better than women.

The Adidas Nite Jogger comes in a medium – or a regular – fit. Men and women who have extremely narrow or wide feet may do better to choose another style. This model has a lace-up design for an adjustable fit, but wearing laced shoes (vs. Velcro straps) is purely a matter of preference. 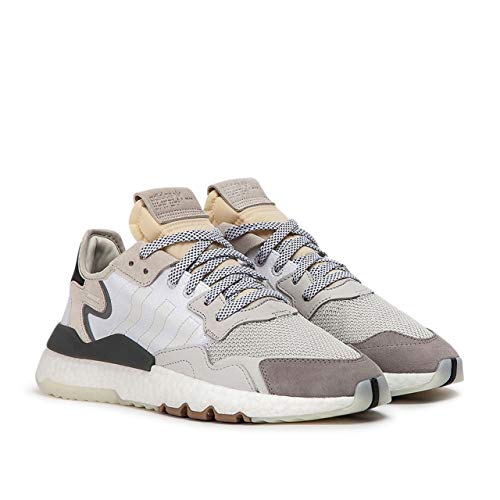 In the feedback on the Nite Jogger, there are many discrepancies on the fit. Some state that it runs wide while others say it doesn’t. Mostly, the response has been that this model runs wide in the forefoot and tight around the toes. To get the best fit, order a ½ size up from your normal shoe size.

The biggest complaint about the Nite Jogger is that they run really big on women. Adidas has separate models for men and women to account for the different shape of the foot. However, the shoe’s female customers have complained that the Nite Jogger looks and feels extra-large on them. 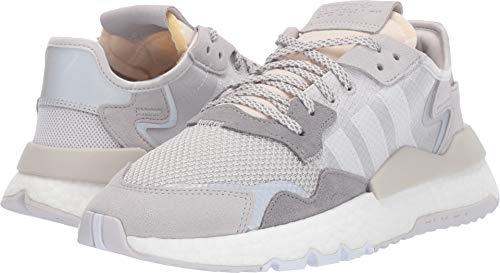 Several women have suggested that the manufacturers cut the women’s shoes from the same molds as the men’s, which is why they fit so large and clunky. The Nite Jogger’s female customers observe there is less color variety available for women than for men. For these reasons, the Nite Jogger caters more to its male audience than its female consumers.

The Adidas Nite Jogger is an example of the company’s dedication to making the old new again.

Using the original 1980’s model’s reflective features on the upper, this shoe has purely modern comfort. The Bounce midsole is excellent for running, walking, or crosstraining because it absorbs shock and pushes you into your next step. There are some sizing issues with this model, and it seems to be made more for men than women.

However, if you love the vintage look, you can’t go wrong with the Adidas Nite Jogger.

Jennifer Conerly is a writer and editor with extensive retail experience in athletic shoes and fitness she never thought would come in handy.