Catering to budget basketball shoe buyers, the Nike Max Emergent has soared as one of the most popular choices for those who want a pair of Nikes without having to break the bank. But are the shoes really all they’ve been propped up to be? I did some digging to find out. 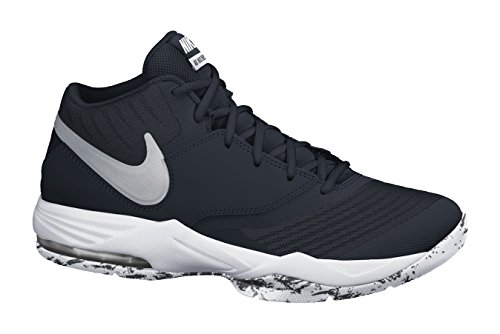 I read through countless reviews and brushed up on all the different resources I could find on the Emergent. As much as I’d like to say that ‘you get what you pay for’ with the Max Emergent, that’s not actually the case. What you really end up with is a basketball shoe that seems overpriced given its overall performance.

For the most part, the cost can be blamed on the fact that the shoes are Nike branded. But with options like the Soldier IX available, it seems the Nike Max Emergent might not be a practical choice.

All in all though, it’s not exactly a bad shoe. In fact, the design can work well for casual users who aren’t too particular about the specifics of their footwear. Still considering buying the Nike Max Emergent? Find out more about it here.

Reeling Consumers In With Good Looks

Despite not being such a great performer on the court, the Emergent still managed to reel in quite a number of buyers. Based on what I’ve found, this is mostly thanks to the footwear’s attractive aesthetics. 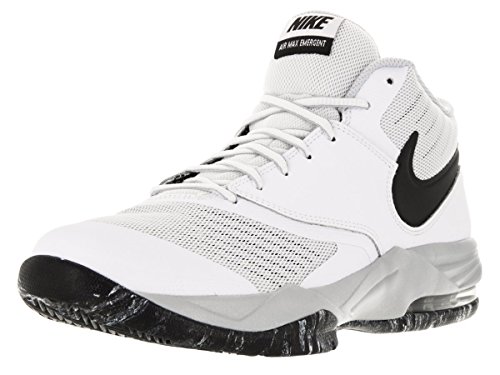 Comparing it to other popular basketball shoes from Nike like the Air Max Audacity 2016, it’s easy to see that the Emergent comes out on top as the better looking choice. An upper combining leather and synthetic gives the shoe a more streamlined silhouette as opposed to the usual bulky profile of other Nike basketball shoes.

Another thing about the Emergent is its marble patterned sole which adds a definite touch of stylishness to the shoe’s overall appearance. For that reason, some users opt to use it as a casual shoe, especially because it doesn’t look quite as chunky, clumsy, or flashy as typical basketball footwear choices.

So, if you were just hoping to achieve that basketball player look and don’t really care much for the specifics of your shoe, then the Emergent would make an excellent purchase.

A Little Too Tight for Comfort

One of the most common complaints you’ll read from people who have purchased the shoe is that it fits snug even when you buy them a size or two larger. That’s because the design is pretty narrow, with the toe box leaving very little room for any sort of movement. That said, they may be a little uncomfortable several hours in. Plus, because they can get so tight, you may not be able to use that comfy pair of thick socks to help improve cushioning. 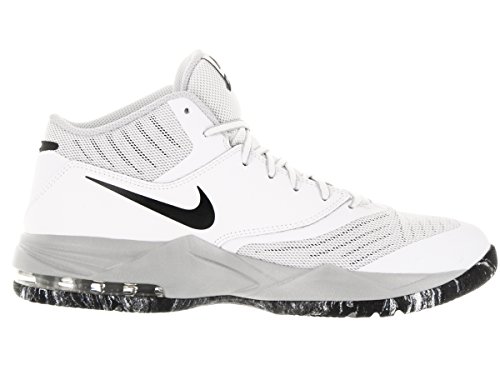 That’s another problem with the Emergent. The insoles aren’t anything to be proud of, offering pretty basic comfort and pliability that don’t really wow. Ultimately, it feels like you’re wearing nothing more than a typical fashion sneaker.

With the leather and synthetic uppers, there’s not a lot to complain about. In fact when it comes to comfort, it seems the uppers are the only factor that the brand got right. They’re reasonably forgiving, and they have just the right amount of padding around the collar to give your ankles an easier time. Break-in can take as few as a handful of uses, so there’s no worrying about the shoes feeling too stiff for too long.

Based on the many different Nike Air Max shoes I’ve seen and tried, it felt like Nike definitely had something special going on with their Max Air Heel Units. Now, while the Emergent does use the ‘same’ system, it seems that the design somehow dampens the supposed benefits of Nike’s Air Max tech. 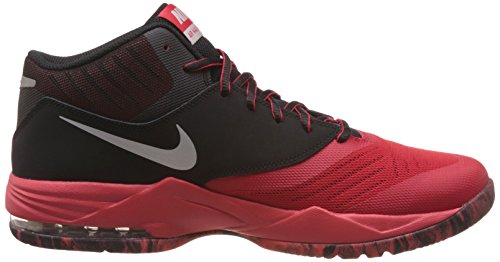 For starters, responsiveness isn’t as impressive. Unlike the Max Air units found in the Air Max Zero Essentialwhich provide incredible rebound, there’s very little bounce to be felt with the Emergent. At a glance, it’s also hard to see the Max Air unit all together. With most other designs that use the system, the hollow heel unit is readily apparent at first sight. This only indicates that the unit used for the Emergent might not be as large, which could also explain the substandard responsiveness.

On the court, the shoes feel almost like typical training shoes because of the lack of rebound. So expect significant limitations on jumping and running, thus affecting your overall performance.

A Forceful Bite That Doesn’t Last Too Long

The sole treads on the Emergent feature the tried and tested basic Nike zigzag pattern similar to those on the Visi Pro IV NBK. On the court, they’re pretty reliable. Giving substantial grip on both indoor and outdoor surfaces, the Emergent can give you that extra oomph you need to confidently slide and glide across the court.

While the impressive traction does add a few points to the shoe’s overall performance, there are quite a number of buyers who have complained that the outsoles can fall off completely after some time. After all, the Emergent is a budget shoe, so Nike had to cut a few corners in order to offer the design at a lower cost. Ultimately, the sacrifice came in the form of construction, with most of the parts of the soles stuck together with nothing more than adhesive.

Nonetheless, the outsoles do a pretty good job keeping your feet firmly planted no matter where you might find yourself playing. If they lasted a little longer, then the shoe would have made a suitable choice for frequent players.

The biggest reason why the Emergent just doesn’t cut it as a true blue basketball shoe is its support. The low shaft measures just 3 inches from the arch, with its border resting just over the ankles. Personally, I find this to be quite awkward, as it doesn’t really offer any ankle support at all, and may even cause friction and discomfort over just a short period of time. 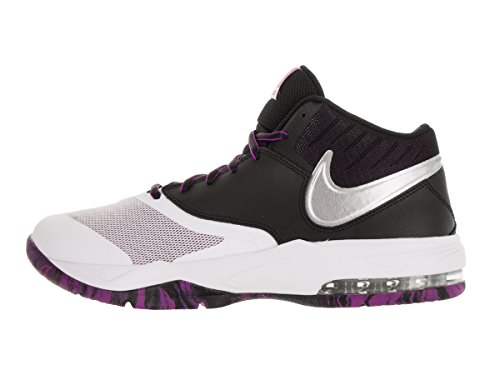 Inside the shoe, the lack of an anatomically contoured insole leaves the arches hanging. This can cause serious aches and pains later on, and may even become the beginning of a chronic foot problem.

When it comes to preventing ankle injuries, the Emergent doesn’t really have a lot to offer. Combine this problematic design with the tight fit, and you’ve got yourself a potentially hazardous shoe that could pave the way for slip and fall accidents.

The Durability You’d Expect Out of a Budget Shoe

If you’re paying a budget price for a basketball shoe, you should expect to get what you pay for. Nike had to reduce the cost of manufacturing to be able to offer the shoe at a wallet-friendly price, and so it doesn’t really boast the outcomes of expert craftsmanship.

Basically, the shoe comes apart pretty easily, especially the soles which can literally fall off after a few months of use. The uppers are fortunately don’t feature any overlays which could easily peel off. However it’s worth mentioning that the uppers can lose their shape and structure after some time, especially because they’re relatively softer than other basketball shoes from the Nike brand.

So if you’re an avid player who likes to hit the court more than once a week, you should know that the Emergent may not stand up to the challenge of frequent play.

Don’t be swayed by the Nike Emergent’s good looks and even better looking price tag. As the old saying goes, if it seems too good to be true, it probably is. While I’d like to recommend the Emergent, it seems the design was only built to look like a handsome basketball shoe, but it ultimately fails to bring the right features to the table to make it a real, reliable companion for those intense games on the court.

If you’re looking for a Nike basketball shoe that performs better but still features a similar, simple, good looking aesthetic, I recommend that you check out the Nike Zoom Evidence instead. Of course, it’s not going to be as cheap, but for its appearance and performance, you’re definitely getting something that will turn out to be a major investment.